Animal testing sounds like an old way of making cosmetics, but it’s more common than you might think! Not every company has removed this from their development process, and not every country has made it illegal – it’s still very legal in many places, including Canada. The skincare products on our shelves aren’t guaranteed to be cruelty-free.

Animal testing provides companies with data they can use to defend themselves if consumers sue them for being injured by the products. This is especially true if the ingredients the manufacturers want to include are new to the industry. Safety data from animal testing helps the company meet the needs of regulators before the product goes on sale. 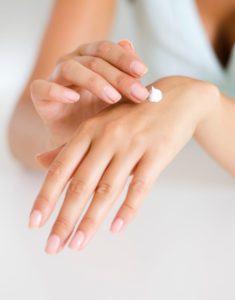 Animals go through torturous conditions, too graphic for us to feel comfortable describing here.  It is sad and unnecessary when so many safe products are available for sale.

All this happens despite animal testing being thoroughly discredited, both from an ethical and a scientific standpoint. In the United States, courts have said that the Federal Drug Administration has not proven that the results of animal tests can be extrapolated to humans. The unreliability of animal tests allows companies to put almost any kind of product on the market, regardless of the cost.

The Humane Society International estimates that around the world, over 100,000 animals go through cosmetic testing every year. Most of these are small rodents like rabbits, guinea pigs, hamsters, and mice.

Labs can now test ingredients in other, cruelty-free ways. This ensures that the ingredients in a moisturizer won’t irritate your skin, give you hives, or have any other adverse effects. Scientists 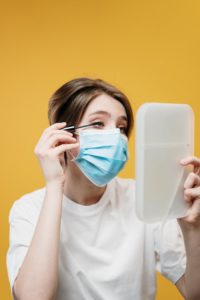 do this by isolating human skin cells called keratinocytes, often taken from cosmetic procedures, and use them to make 3D models of skin.

It’s so advanced that labs can make models of normal skin, and can even mimic common skin ailments like psoriasis! They can also use the pigment-producing cells, known as melanocytes, to create a pigmented skin model like human skin from different ethnicities. This means, on top of being cruelty-free, the skin lab models are much more useful than animal testing. You can’t test the products all skin types or ailments on a small animal!

As these lab-made models have gotten more sophisticated, it is easier for cosmetics companies to do the right thing. But even though it’s easier, not all companies will follow through with the ethical choice. Consumers should always ask questions about the products you use, from skincare balms to shampoos, and find out where the company manufactures them. Many countries are currently phasing out animal testing, with the European Union being the first to ban it. It is also banned in the United Kingdom, India, Israel, and Norway – but not yet in Canada.

Going vegan is a good start, but “vegan” does not equate “cruelty-free” – labs can still test plant-based ingredients on animals. However, vegan skincare made with safe, time-honoured plant ingredients can keep your cosmetics clean. For instance, we know calendula helps heal the skin because of thousands of years of human testing. We have alternatives and we know so much now about the healing power of nature – there’s no need to subject poor animals to more testing!

If you are outside of North America, please email us to place your order as shipping will be a different pricing.

If you would like a mock-up of your label before print to ensure the label is what you desire, please request in checkout when you place your order or send a message and we would be happy to do so!